Importing a tournament is only possible if the tournament was previously exported.

PC CADDIE has to be installed at both sides (export and import).

You can import the tournament as soon as you know that another PC CADDIE club has exported it for you to the PC CADDIE server. Select Competition/Import tournament and click on Load available competition from internet. 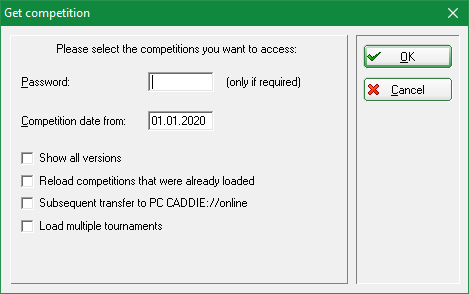 Now you see a list of all available tournaments. 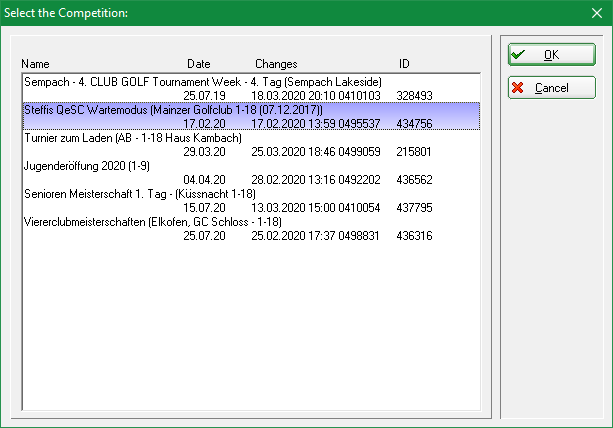 There is an additional query regarding the course data since 2015. It is an advantage if you completely import the course data for other courses, but edit the data for your own course separately in a multi-course tournament. 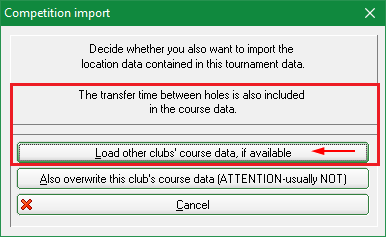 The tournament will then be imported and you will find it in your tournament list.

If your own course is part of the imported tournament, please enter it again (since you are not importing your own data)! This is the only way to ensure it's correctness! This also applies if your course is involved in a single round from a multi-round tournaments!

The import does not overwrite tournaments that are already in your internal list. The last status is shown in the list with a gray background, and can be used as an archive so that you can check it at any time. Import from the Intranet

If you want to import a tournament uploaded to the INTRANET by a club using another club management software, you can do this via Competition/Import tournament and click on Load competition from intranet. Continue with the Download competition from intranet button, from the bottom of the window. The prizes have to be revised after the import: Prize categories

You can only import tournament files that were previously created with PC CADDIE. 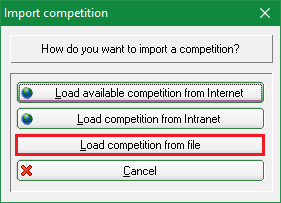 Pay attention to the following: