According to the rules and guidelines, “Four ball aggregate” can be processed without handicaps, because both of the players of a team are starting in the same flight. This results in the following process for a tournament that has handicaps and must have an aggregate score at the same time:

You can either select “Ready game forms” Individual Stableford stroke play or Individual stroke play, however, you then have to set the start and results lists and score cards accordingly. The individual team score works the same ways as the “Aggregate handicap” gam form. Only game forms that are supported by the ÖGV (Austrian Golf Association) are set up.

Process the aggregate score that adds the results of a pair with Team scoring and proceed as follows:

Check if the team score module for your PC CADDIE is licensed. Look in the tournament entry mask: 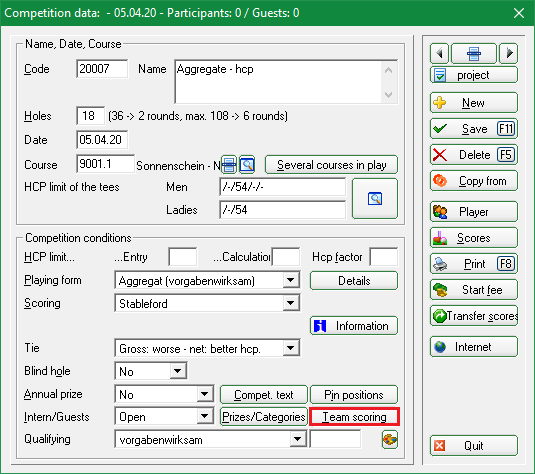 You can directly assemble the teams in the game editor: 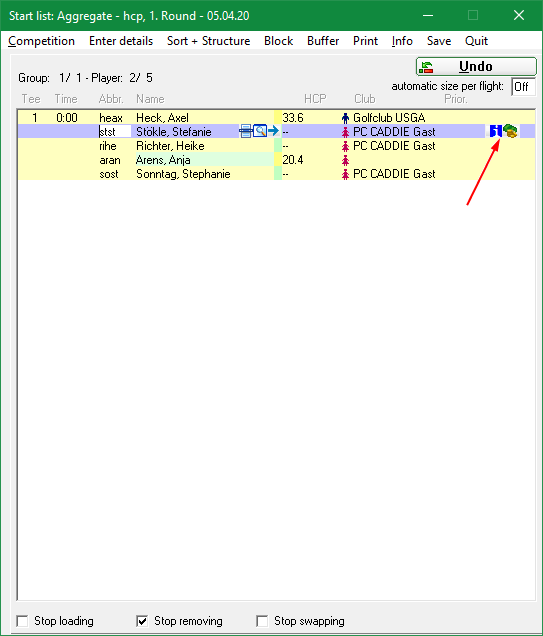 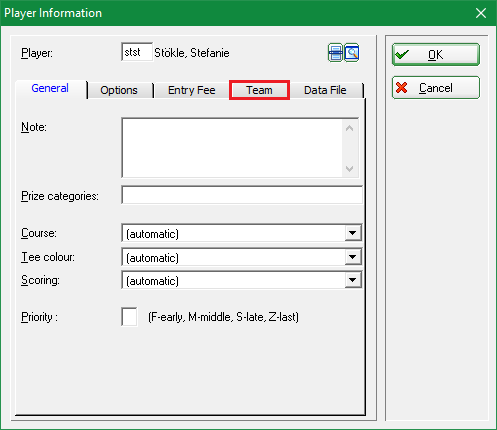 Optionally: Putting together teams with priorities

Make sure that each player is assigned to a team. You can check with the Team scoring button in the tournament mask. Click on Team scoring.

This window shows if all of the players are assigned to a team. You can also check that sure that “Only if best” is set for all players, or set the score on the Helper.

Be especially careful of the Leave teams point! 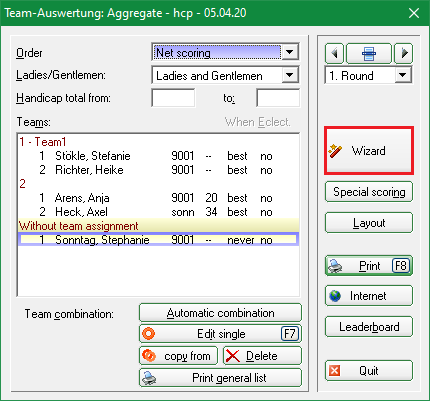 Select “Total of the best 2 scores of one club/group” and click on Sort. 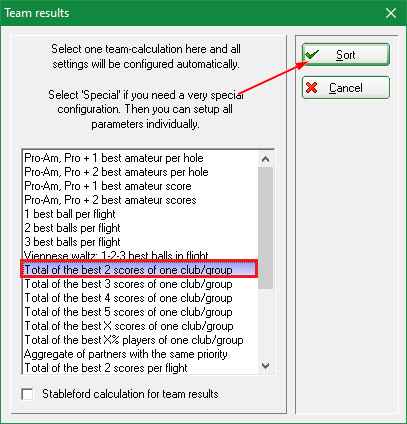 There will be a question that you confirm with Yes if you are sure. 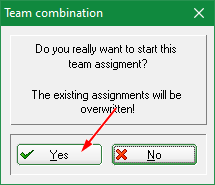 During the creation of a starting list, the players that are on one team can automatically be separated. Check the Team box in the groups' “Flight check”. That way, players who are on one team are assigned different games: 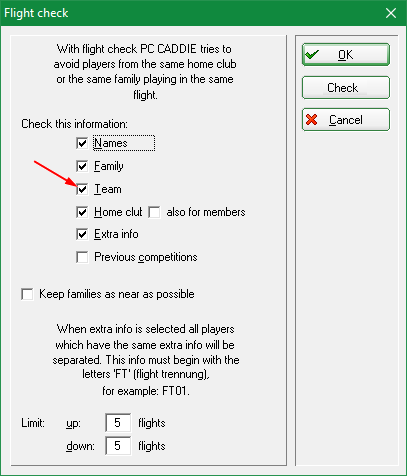 If you have assigned team names, you can also print them with the starting list. Deposit an individual starting list layout. 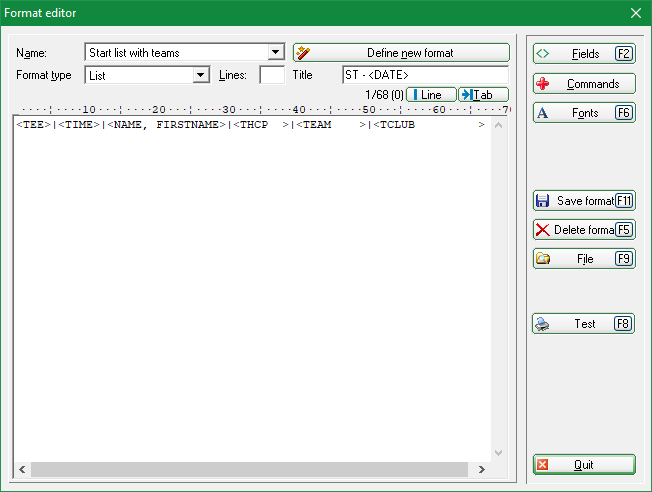